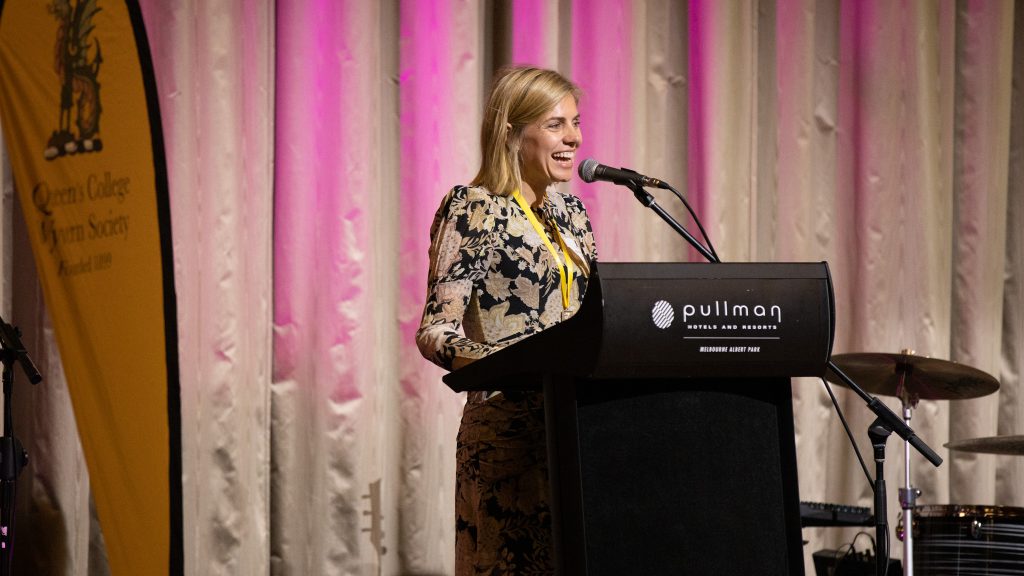 Congratulations to Kristen Hilton (1993) who was announced as the 2019 Wyvern of the Year. Kristen is the Victorian Equal Opportunity and Human Rights Commissioner and from her time growing up in Kyabram to her appointment to the VEOHRC, Hilton has always been passionate about social justice.

Kristen works tirelessly to create a more tolerant, diverse and socially aware society that is better prepared to confront injustices. Through her various appointments at community legal centres and other socially-minded justice movements, she has been at the forefront of the Royal Commissions into family violence and institutional child sex abuse; the opening of Victoria’s first gay pride centre; the commitment of Victoria Police  to eliminating sexual harassment; the NDIS is roll-out; and assisting major sporting codes in confronting issues of diversity and racism.

She sees an important part of her role as getting out of the CBD and talking to people across Victoria – in Mildura and Morwell and Shepparton and Werribee – what it should mean to feel connected, enabled and hopeful. The language of human rights does not always resonate with people but Kristen wants to find a common language to express the importance of living lives of dignity, respect and value. In her own words:

There are no upcoming events at this time.